Matthew was excited to pick zucchinis from the garden. 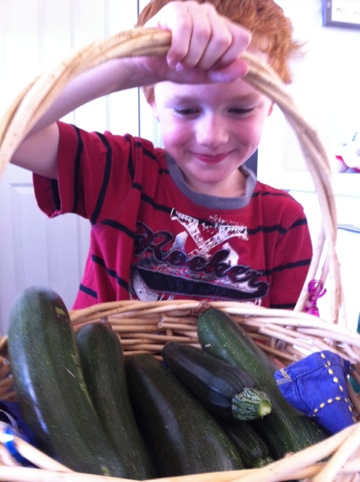 We chopped up some onion and garlic and sautéed them in butter. 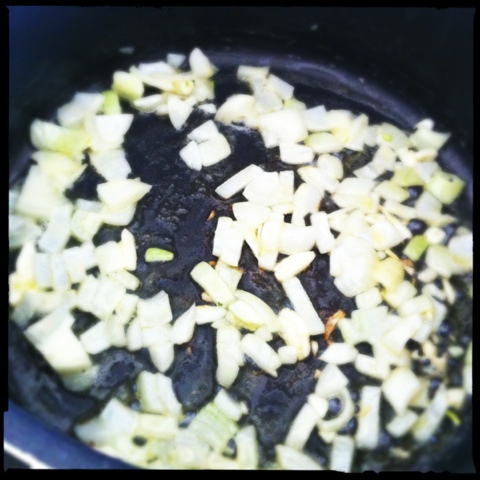 We added the zucchini, which was sliced in rounds with their skins on. 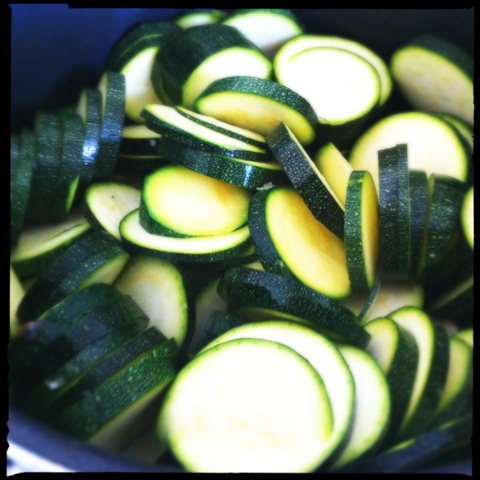 When it had been cooking for a while and the zucchinis had softened, we added about half a cup of cream. We stirred it around a bit. 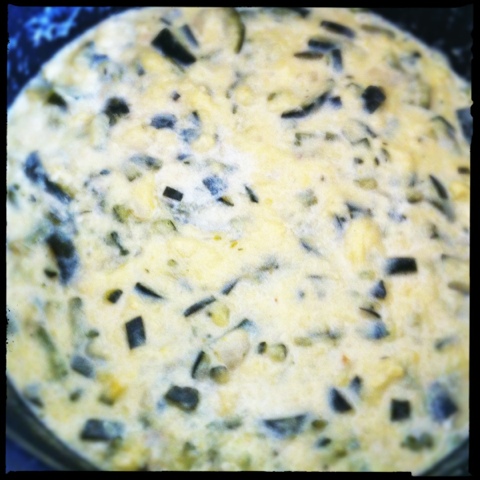 We cooked it a little bit more, then sat it to cool. After it had cooled, I blended it and put it in the fridge ready to heat up for lunch tomorrow, served with homemade crusty bread.
I’ll have to add a photo of the end product later. It seems a pity that I took so many photos in all manner of OCD and then forgot to take a photo of the final thing! But I’m sure you’ve seen soup before.
I’ve posted about zucchini soup before, in this post. 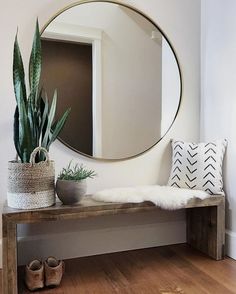 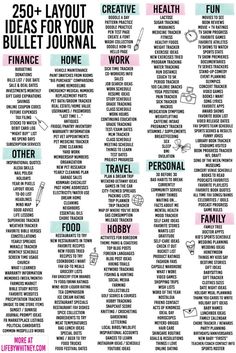 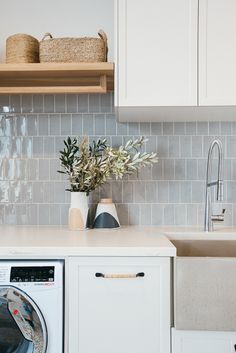 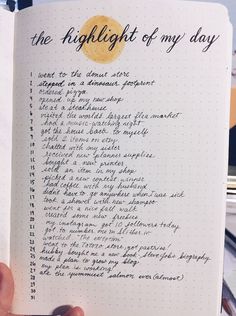 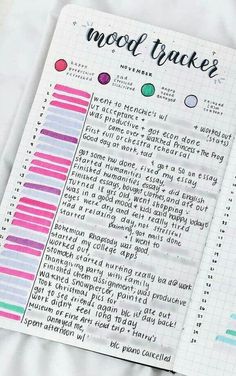 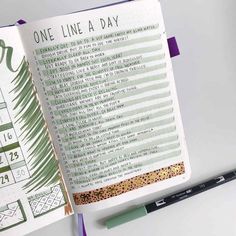 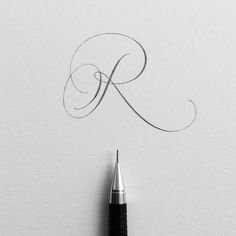 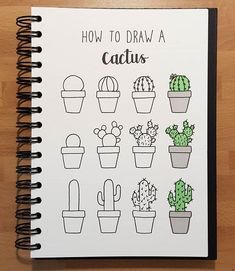 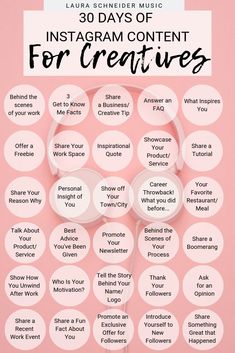 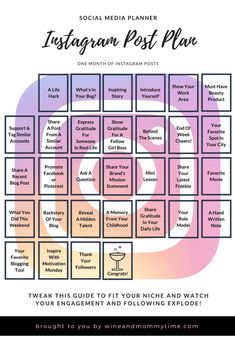